I mentioned briefly the other day that one of the reasons I have changed the blog domain is because I have bought a project car.

I spotted the Land Rover on Ebay, and as it was only 10 minutes drive from my house, I called the guy up. Less than a week later we had done the deal 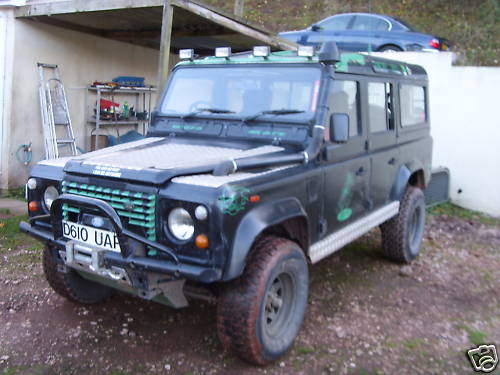 To start off, somebody has spent some serious money on this Landy in the past, as it’s bristling with off road goodies.

Here’s just some of the spec: 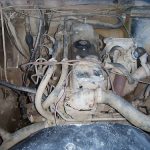 And to top it all off, it’s fitted with a Daihatsu 2.8TD engine which is very smooth and delivers nice power. The sum of the off roading parts come’s to 3/4 of the selling price, so I was quite happy with the deal.

But there is no point having all that off road kit if the rest of the car isn’t up to it.

Well upon inspection the chassis and bulkhead is in very good condition. There is some minor welding to be done in the usual places on the bulkhead (around the door hinges) but this didn’t bother me too much as replacement panels are cheap and readily available.

When I went to pick up the Land Rover, the seller handed me over a huge file of documents that had been kept by the previous owners – well, was I in for a suprise!

It turns out that a number of years ago, one of the previous owners had stripped down the Landy and rebuilt it into a station wagon. The vehicle had originally been a 110 hard top. Not only that, he had documented it all with photos.

Every receipt had been kept, (even for nuts and bolts!). There were receipts for new doors, new seats – everything had been documented. The one thing which stood out in the photos was that he had resprayed the Landy an awesome shade of blue – but unfortunately the vehicle is now matt black. :( 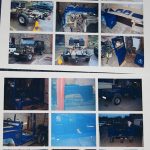 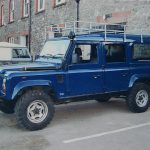 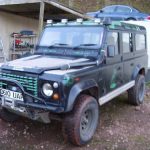 So I dug a bit deeper and it seems that after the work had been done, a new owner had bought it and basically abused the Landy, and the result is what I have on my drive today – a solid car, in matt black, with a load of dents, broken wiring and a lot of old mud underneath!

It amazes me how somebody can take a car in such good condition and trash it! What were they thinking when they hand painted it in matt black, covered it in “chavvy” stickers and then hammered it off road!

So it looks like it falls to me to give the Landy a bit of TLC and sort out some of the problems that the car has now. And that’s why I bought it – because it needs a little work to make good again.

By carrying out the work needed, I can document it for this website and hopefully help out some other Landy owners in the process.