Your Land Rover is a passport to off road adventure, but where exactly can you drive it legally in the UK and beyond?

In a series of articles over the coming weeks, I will explain where you can drive off road in the UK and beyond, and more importantly, where you can’t!

So for part one of the series, we are going to look at greenlanes.

Greenlanes are unpaved roads which in many parts of the world would be called tracks or trails.

In England and Wales they are referred to as byways or unclassified roads and the right to drive them is a contentious issue between Land Rover owners and anti-4×4 groups like ramblers. 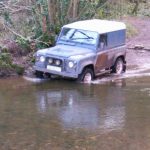 Despite the fact that less than 6% of unsurfaced rights of way in this country are open to motor vehicles, walkers would like to see vehicles banned from that 6% as well – which is a bit selfish of them, and unfair on us 4×4 owners.

Politics aside, you can usually discover which byways you are able to drive by purchasing the latest Ordnance Survey map for the area – but not always.

Some local authorities place temporary closure orders on certain byways during the winter months to stop them getting churned up and full of muddy ruts. Also, some roads which were once byways have since been declassified, and it is no longer legal to drive them.

That’s why you need the very latest OS mapping, or better still get in touch with your highways department of your local county council. 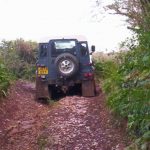 Take Devon County council for example – they are pretty switched on to public rights of way, and back in February I posted about the Devon Rights of Way map that is available online.

Wiltshire county council is another authority which produces information online and in leaflet form of all the legal byways in the county that you may drive your Land Rover on.

Wherever you live in the UK you should be able to get access to the definitive map of your region which will show which byways and unclassified roads (farm tracks) you can legally drive on.

Remember, greenlanes are public roads and all the rules of the road apply, so make sure your vehicle is fully road legal and you are wearing seat belts at all times. Also remember to respect other byway users like horse riders and walkers, they have the right to use the lanes as well.

So that gives you an overview of green lanes in the UK. If you want more information on greenlanes in the UK, take a look at the Green Lane Association website.

The next article in the “where can I drive off road” series, we will examine the popular “pay and play” or off road sites. 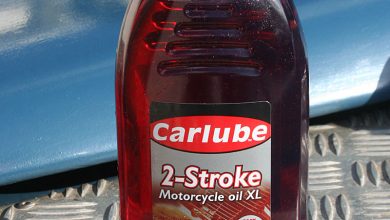