This weekend sees the birthday bash to celebrate 25 years of the Land Rover Discovery.

It is being held down in Plymouth, which is where the original Discovery launch was held back in 1989. The event is organised by the Discovery Owners Club, and is held over 3 days – Friday 10th, Saturday 11th, and Sunday 12th October 2014.

Having just bought a Land Rover Discovery, and Plymouth being so close to me, I have been in contact with the organisers, and will coming along to join in the fun on Plymouth Hoe on Saturday, and covering the event for the Land Rover Blog. 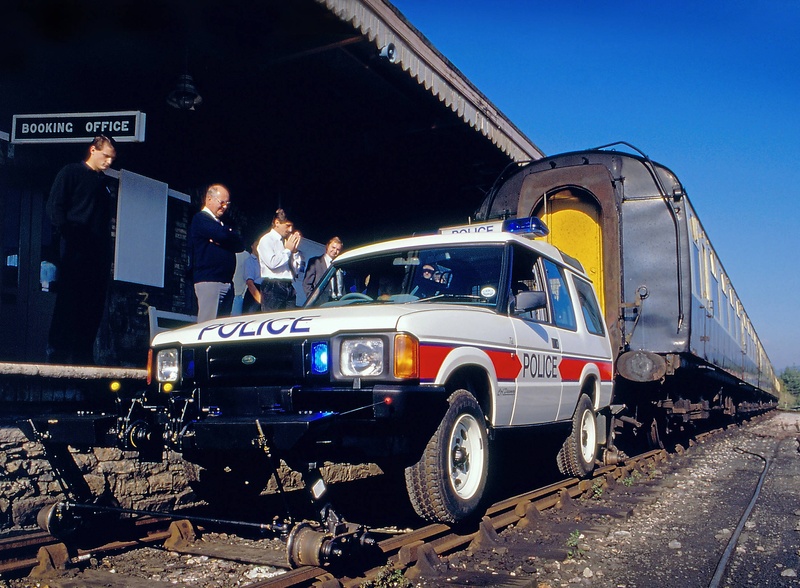 The event is of particular interest to me, as I used to own a GWAC Land Rover Discovery just over 10 years ago. A GWAC Discovery is one of the first registered Discoverys, and some were used on the launch and as press vehicles. It will be nice to see a load of GWAC Discoverys assembled on the Hoe in Plymouth again!

There are various activities planned over the 3 days, including green laning trips in Devon and Cornwall, and a run out over Dartmoor to Buckfastleigh steam railway which was famously used in the original Discovery launch. (see pic!)

If you are interested in coming along to the 25th Land Rover Discovery party, then you can find all the information on the Discovery Birthday Party website!

Tags
25 years of Discovery 25th birthday bash discovery land rover
6th October 2014
1 674
Get free Land Rover Blog updates by email
Awesome Land Rover articles and videos straight to your inbox!
We never spam, ever, and you can unsubscribe at anytime!